Brief History of the Shire of Derby West Kimberley Region

1688 William Dampier, who helped to careen the “Cygnet” north of One Arm Point, became one of the first Europeans to see the Kimberley region.

1818 Captain PP King, towards the end of his extensive survey of the northern Australian coast, gave the name Cygnet Bay to the waters that would later be known as King Sound.

1869 Pastoralists attempted, without success, to colonise areas adjacent to the present Shire of Derby/West Kimberley. They occupied land at Camden Harbour and south of Roebuck
Bay. 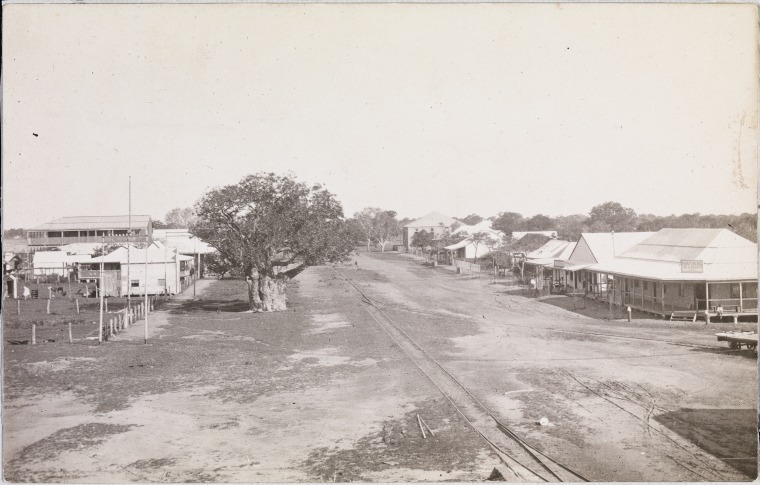 1881 The revenue cutter “Ruby” under Captain Walcott sailed into the Meda and Fitzroy Rivers, delivering goods for the Yeeda station settlers.

1883 Derby officially named a townsite (and unlike Broome which remained vacant) was occupied by a Government Resident and a police detachment. Several stations existed by this time and Yeeda’s wool, awaiting shipment, was swept away by a tidal wave resulting from the Krakatoa volcanic explosion in Indonesia. Geologist EJ Hardman described Devil’s Pass now known as Windjana Gorge.

1884 First lot sold in Derby. A start was made on a jetty and tramway. Road Board elected.

1885 Wooden 102 foot jetty built at Derby costing £3000. Floods caused heavy losses in flocks for some settlers. The Kimberley’s first wedding was held at Derby. Splendid pearl shell was found in King Sound. Measles took a heavy toll on both Aboriginal and white residents. Fencing commenced on stations and the Kimberley’s first hotel opened in Derby. 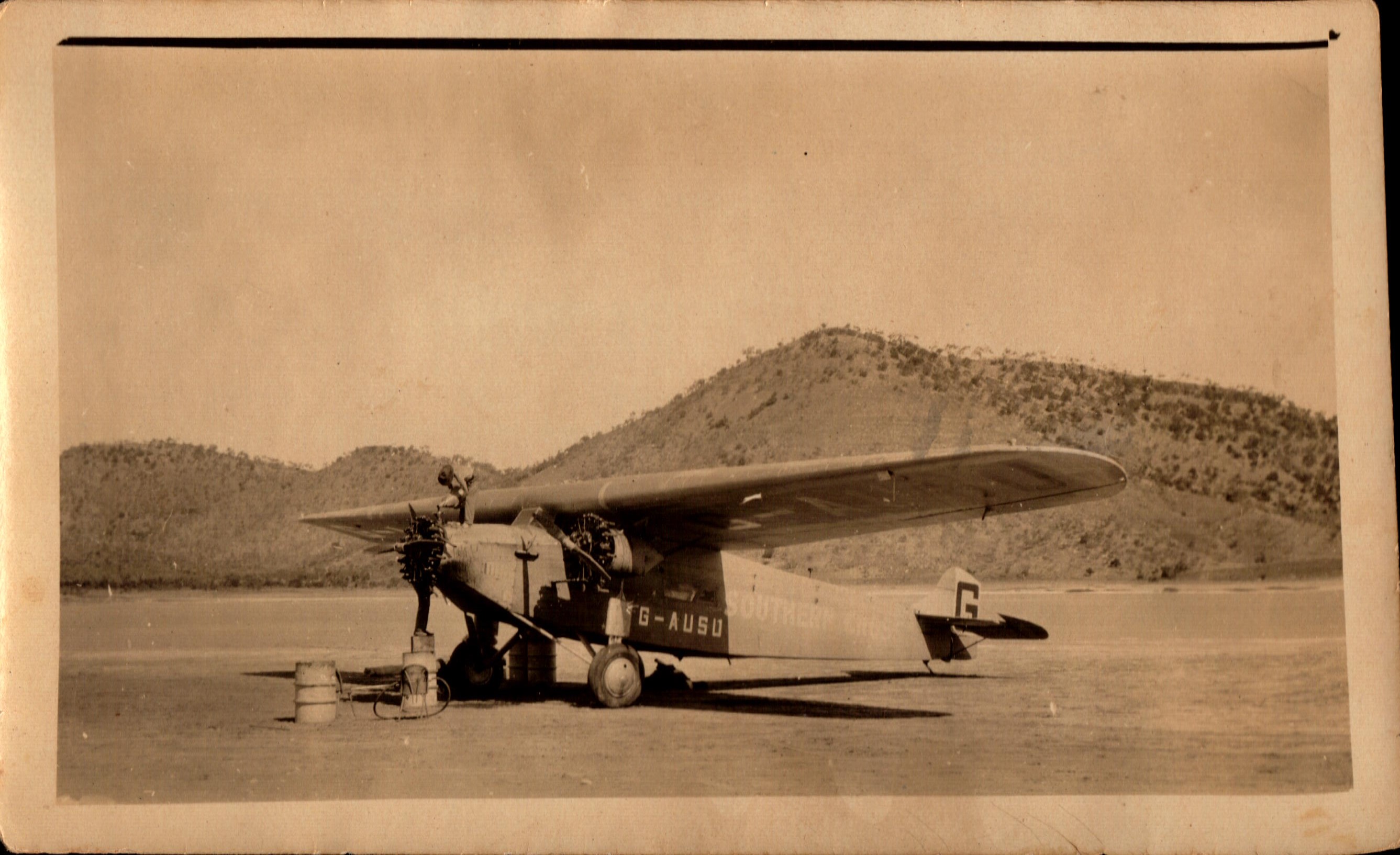 1892 Post office officially opened in Fitzroy Crossing as a telegraph office on September 1.

1894 Police camp was established at Fitzroy Crossing by Constable RH Pilmer in July.

1897 Crossing Inn. The “official” beginning occurred on the issuing of approval “for a wayside house licence for premises erected at Fitzroy Crossing” on July 5, 1897.

1897 The hunt for renegade tracker Jandamarra (Pigeon) and his gang. The final extension of the 4km long Horse-drawn tramway down the main street to jetty.

1935 A low level concrete structure at Fitzroy Crossing was constructed over Fitzroy River. 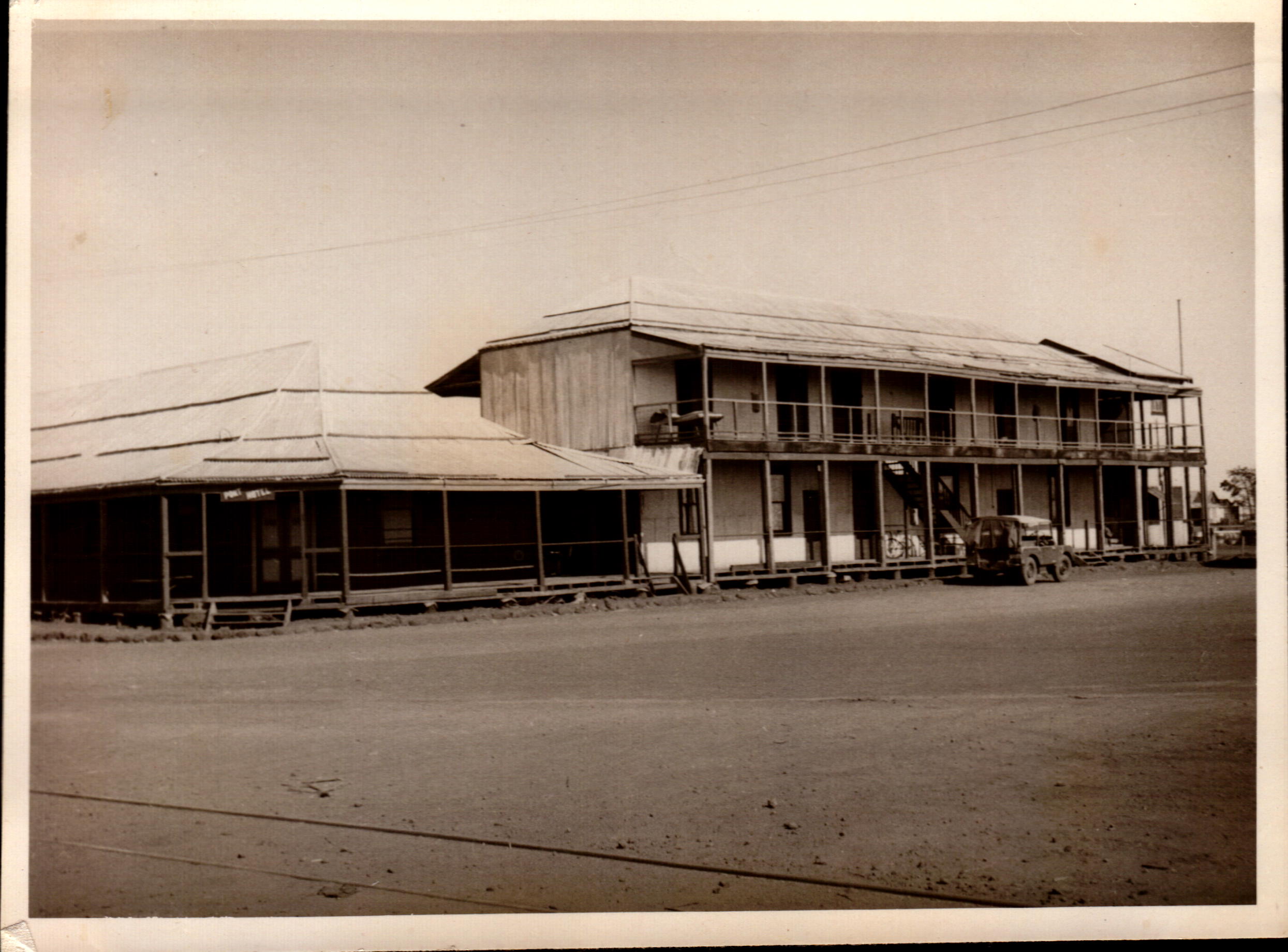 1960 Derby’s Boab Festival began as the brain child of Arthur Nicholls, publican of the Club Hotel (now The Spinifex Hotel). The headmaster Frank Harding was the first President. 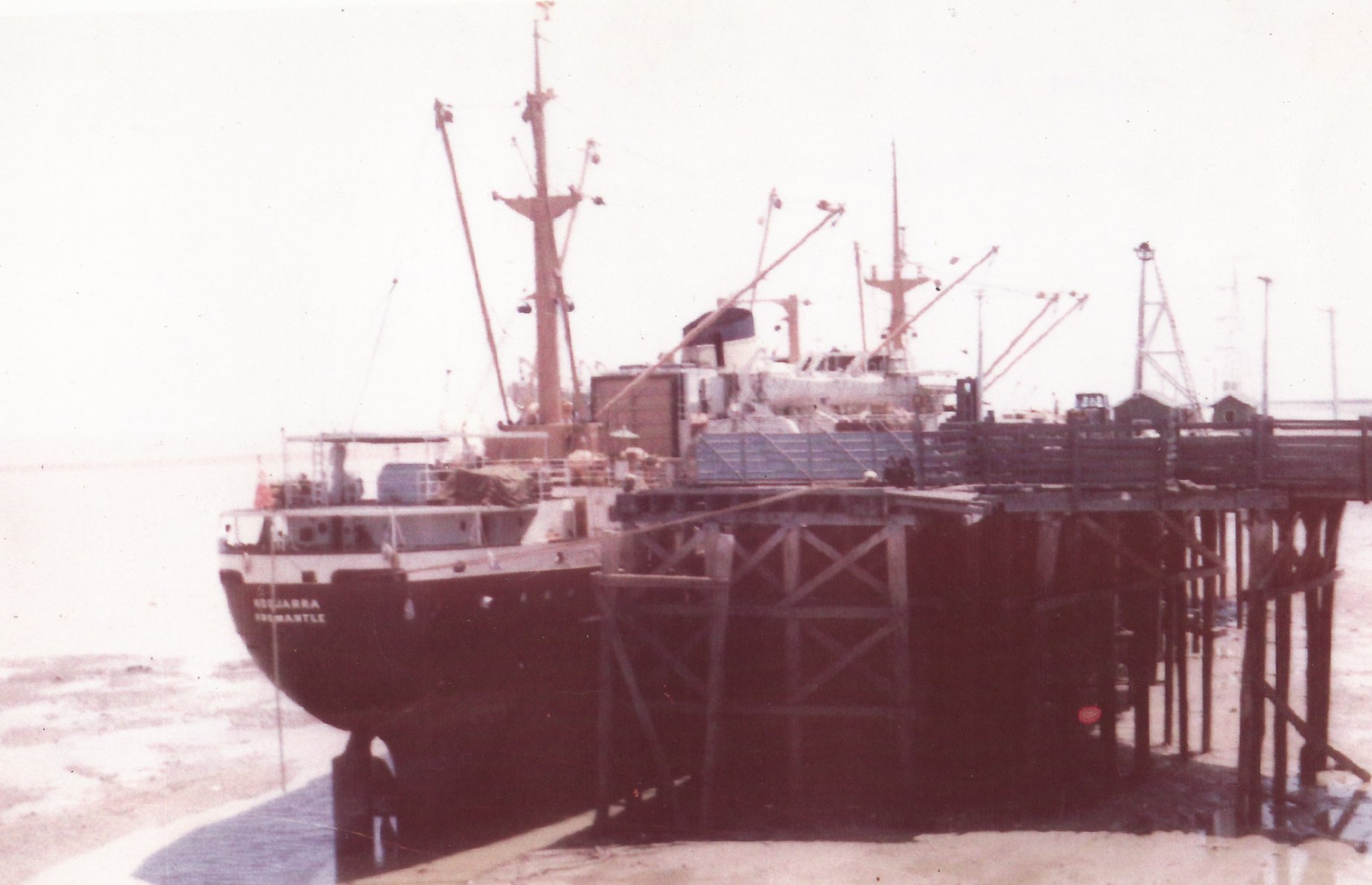 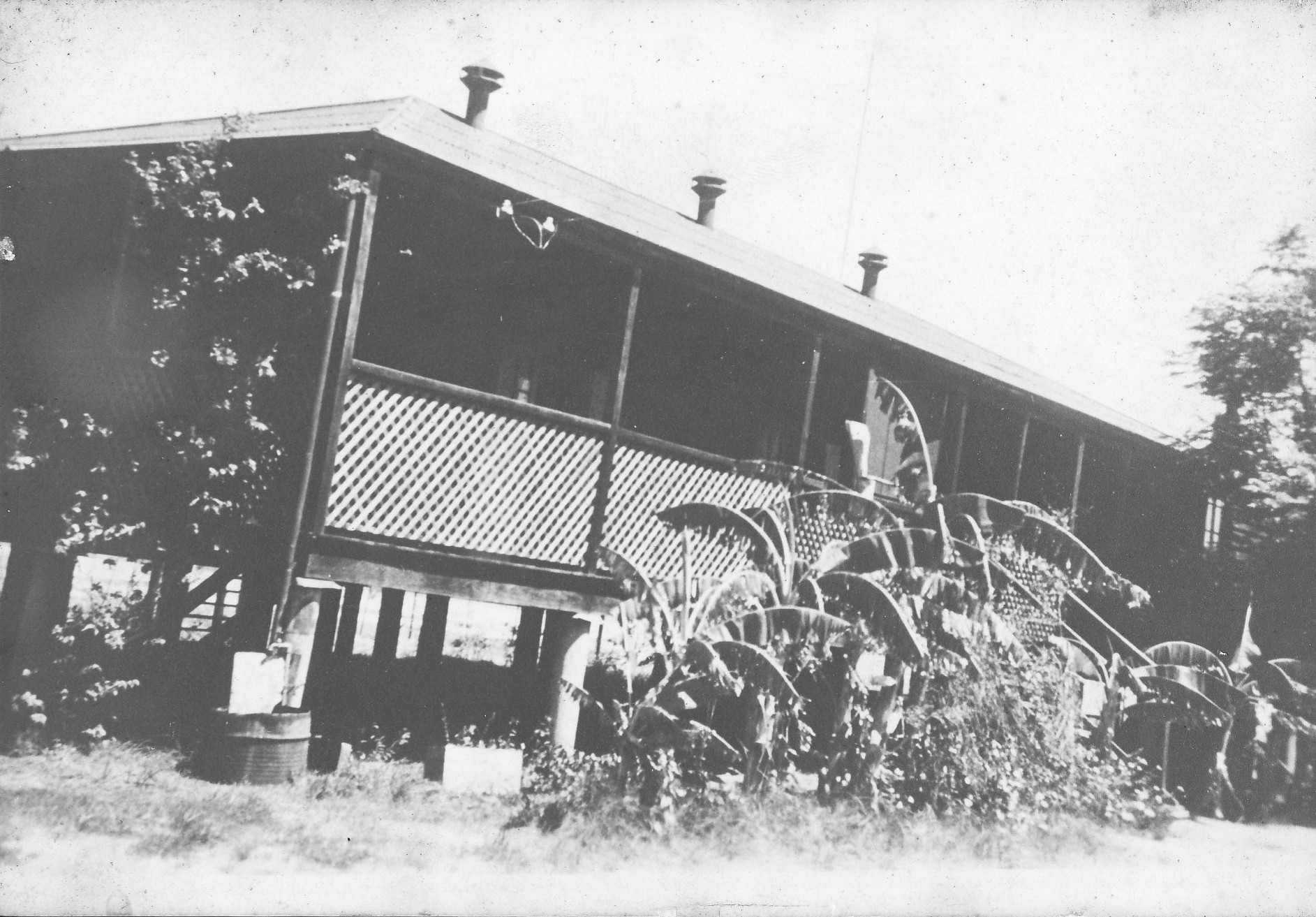 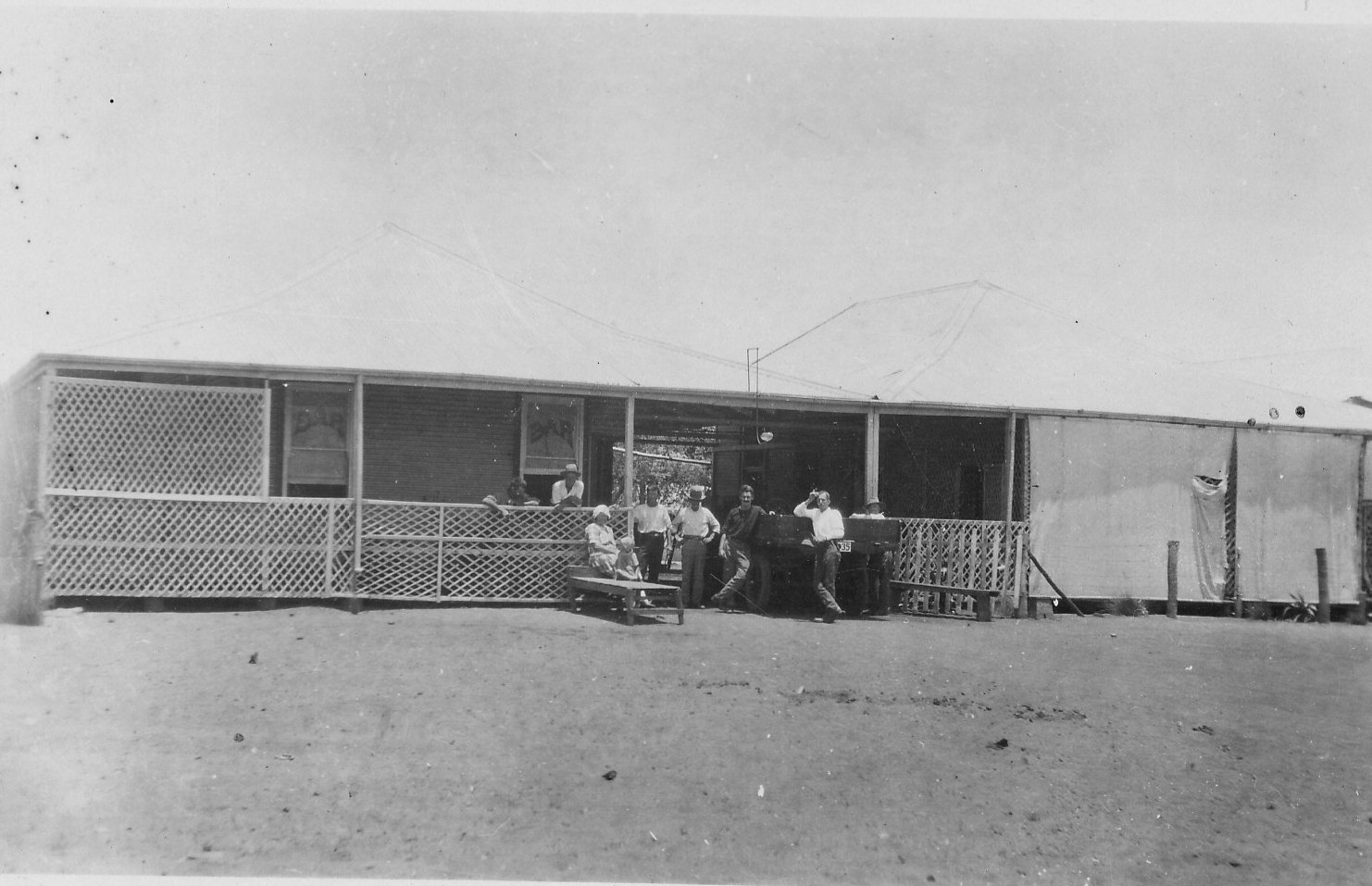 2017 Sections of the old Numbala Nunga burnt down. 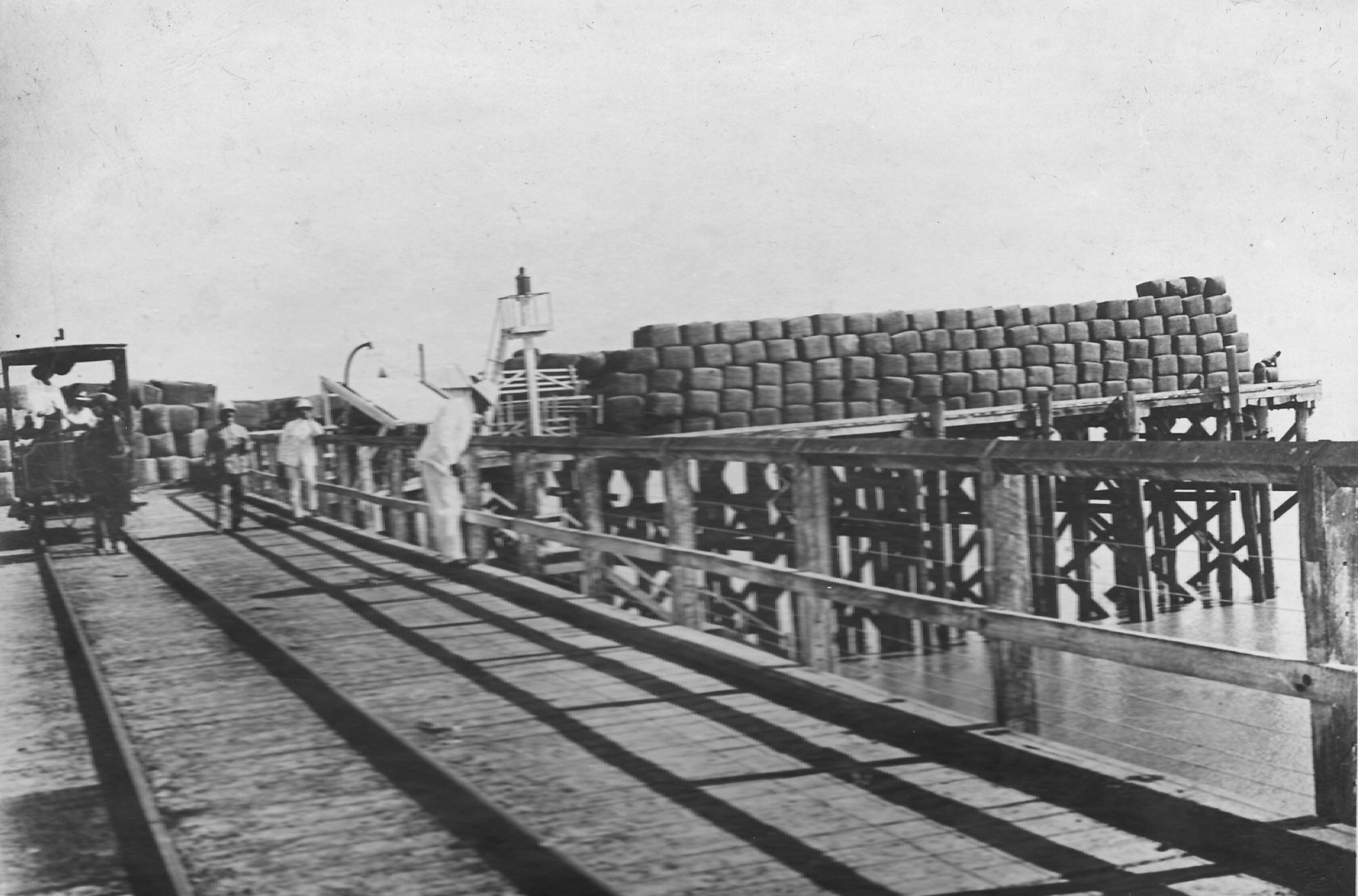